This event is mostly on bike with some controls adjacent to bike trails and some controls 50 to 100 metres from the trail.  The challenge will be to plan an efficient route to get as many points as you can within the time limit.  Can you get to them all? If not, which will you leave out?  My friend Tom tried out a preliminary version of the course and got to all of the points in about 4 hours.  If you want to see his route and some photos he took while doing it follow this link Tom’s Route.  (Click for Schedule, Fees etc.)

To get enough bike trails for the event we have included a section with just a Google Earth image and another section only partially mapped where we did not have contour information.  In total we will be using 45 km of bikeable trails as shown below.  The trails are double-track cross-country ski trails that are 2 to 5m wide. The trail surface is hard-packed dirt and grass with some low spots throughout, which are soft and wet. 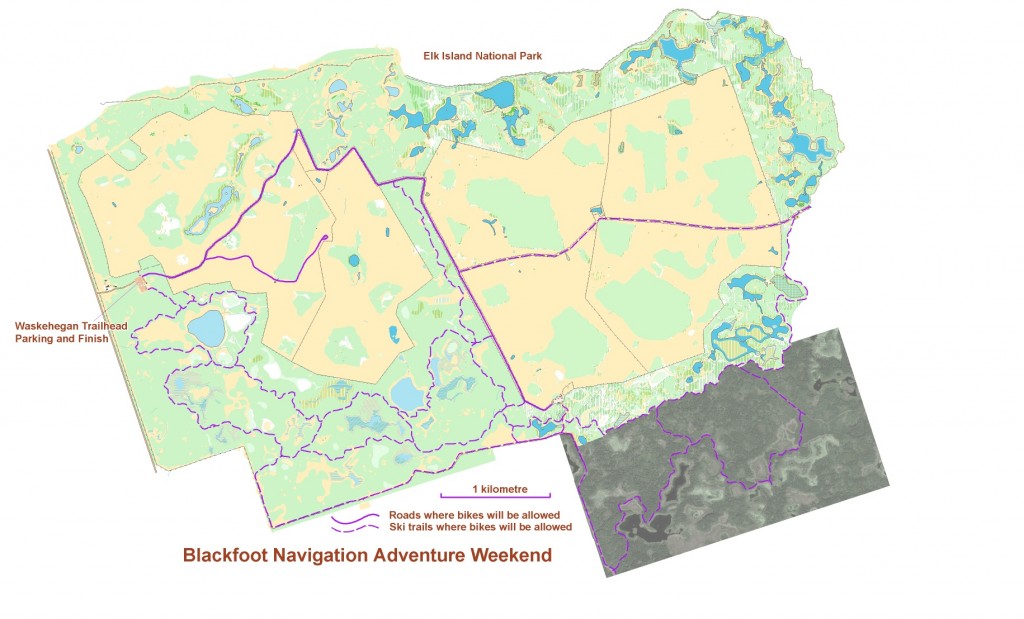